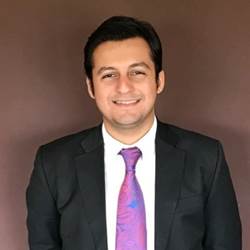 It was the pre-Socratic Greek philosopher Heraclitus who proclaimed that the 'only constant is change', an adage that holds true for India's vast higher education system. For thousands of years, since the founding of the ancient universities of Takshashila and Nalanda, India has defined itself as a land of learning, producing some of the brightest minds in the world. For a number of decades, however, it has struggled with overwhelming, and sometimes seemingly unsurmountable, challenges.

India's population – often cited as its greatest strength – has the potential to turn into its greatest foe if not educated effectively to embrace global opportunities.

Government after government have come in and made changes, but none too drastic – education is, after all, a sensitive subject that could have major political ramifications. But its recent announcement – to grant autonomy to 60 of India's higher education institutions – is more significant, promising to introduce a liberalised regime to the sector, linking autonomy with quality.

A fresh start or a dark day?

The announcement has received mixed feedback from stakeholders. Some have hailed it as the 'start of true liberalisation', while others have expressed concern that the move will push quality higher education out of reach for many. While there are healthy arguments supporting both sides of the debate, my personal view is that granting autonomy is an extremely positive move for the future of higher education in India – as are any steps to vest more power in the hands of those that have demonstrated an ability to use this responsibility for the greater good.

Never before have we seen a government that is willing to allow select, high quality institutions to develop their own courses, start research parks, appoint foreign faculty, and enroll foreign students without intervention from the apex regulatory bodies. Moreover, this has been done in a structured fashion: institutions that have a National Assessment and Accreditation Council (NAAC ) score of 3.5 – or have been placed in the top 50 in the National Institutional Rankings Framework (NIRF) for two consecutive years – have been granted greater autonomy. Meanwhile, institutions with a NAAC score of 3.01-3.49 – or ranked between 51 and 100 in the NIRF – have been given limited autonomy.

In parallel to this announcement, the government issued show-cause notices to three deemed universities for failing to meet academic standards, thereby establishing the government's desire to reward quality and tackle the lack of it. The message from government is loud and clear: they want more Indian universities to climb the global rankings, and are ready to provide support to help them achieve global prominence. It is indeed a pity that only two Indian universities currently rank in the global top 500 universities – and only 42 in the top 1,000 (Times Higher Education World University Rankings 2018). For a country with more than 900 universities, these are not flattering statistics, and remind us that a lot of dynamism needs to be imbued into the sector.

Watchful autonomy: the only way forward

For those of us who believe in India's potential, watchful autonomy is the only way forward for its universities. On the flip side, experienced practitioners know only too well that autonomy guarantees neither excellence nor success. Moreover, important questions remain over what autonomy will mean for the public funding of higher education. Accessibility has always been a hallmark of India's education system, and it is crucial that autonomous institutions do not make up for potential gaps in funding by significantly raising tuition fees. There is a fine line between 'using' and 'abusing' autonomy, but I am confident that those institutions which have been rewarded for their sustained excellence will live up to faith invested in them.

Another significant development is the proposed establishment of the Higher Education Evaluation and Regulation Authority (HEERA) as a single higher education regulator for India. Reports suggest that HEERA will replace both the existing University Grants Commission and the All India Council for Technical Education. The HEERA bill is likely to be brought to parliament in September and, if passed, may see the new regulator providing a mentoring role to institutions, as well as being armed with zero tolerance mechanisms for violations – including powers to terminate the affiliation of an institute. Another newly-approved government initiative is the Study in India programme, which aims to encourage students from African and Asian countries to pursue higher education in India. If successful, the scheme will quadruple the number of international students studying in India by 2023.

All in all, it is a very exciting time for higher education in India, with a plethora of reforms already in motion and many more on the horizon. As the country enters its eighth decade since independence, plenty has been achieved. But plenty more remains to be done.

The ACU, with its thriving global network of member universities – including more than 150 in India alone – is ideally placed to work with institutions to support their internationalisation agendas. Working in partnership with the Association of Indian Universities, we look forward to supporting new multinational initiatives to strengthen Indian collaborations across the Commonwealth and beyond.

Image by xtock at shutterstock

Prince Harry and the ACU

Not just the guardians of the rubber stamp