The Commonwealth, Cities and the World Urban Forum 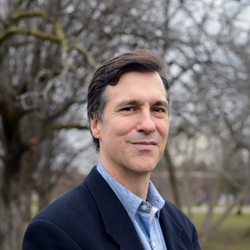 Cities are at the heart of the climate change challenge (the UN Secretary General recently commented that the climate change battle will largely be won or lost in cities), and they are also central to many of the Sustainable Development Goals.

As growth and development happens, the decisions made have the potential to lock-in outcomes for decades to come. We cannot continue to develop in a ‘business-as-usual way’; cities need to be developed so that they are carbon-neutral, resilient, inclusive, and productive. New thinking, new designs, and new approaches need to be put in place.

The global community has recognized this for decades, using the power of international conferences to draw attention to the issue, to advance solutions, and to galvanize resources: the world’s environmental mega-conferences in 1972, 1992, and 2012 all included – in at least some way – reference to the importance of, respectively, planning, local authorities, and a holistic approach to urban development.

And complementing this, the World Urban Forum has been gathering every two years since its inaugural meeting in Nairobi, Kenya in 2002. This year, the tenth edition was held in Abu Dhabi, UAE, welcoming more than 15,000 participants around the theme of ‘Cities of Opportunities: Connecting Culture and Innovation’.

Reports of the Forum can be found in a variety of places – see, for instance, the summary presented by the International Institute for Sustainable Development. For me, there were three key messages emerging from WUF10.

First, sustainable urbanization cannot be achieved by any one group in isolation. The reach of urban settlements is such that multi-sectoral, multi-disciplinary groups need to be deployed in response. That is, however, often easier said than done. Even when tempted to engage in this way, it can be difficult to challenge inertia, to find willing partners, and to figure out how to work together effectively. Fortunately, this leads to the second key message.

Second, universities have a key role to play. They not only generate evidence that can be used in decision-making, but they also have experience at interdisciplinary and extension work, providing safe spaces for diverse groups to come together to co-create new knowledge and to apply it successfully. At the Forum, a number of the ACU’s members effectively demonstrated their outstanding track record in this regard. Of course, others are critical as well – that is, after all, one of the key learnings from my first message above – but universities do have important insights to share and strategies to catalyse.

And third, time is of the essence. WUF10 was the first major international development gathering of 2020 and thus helped to mark the beginning of the so-called ‘Decade of Action’. Recent crossing of this notable psychological boundary (from 2019 to 2020) no doubt contributed to the increased sense of urgency that was clearly present throughout the proceedings. This sentiment was not least of all expressed by the UN-Habitat Executive Director, who, in her closing comments, noted that WUF10 ‘… could not have happened without your sense of urgency, the commitments you are ready to implement and the collective action that we have declared together.’

Of course, the extraordinary global reach and impact of the COVID-19 pandemic since the conclusion of WUF10 has impacted all agendas – that of sustainable urbanisation included. While COVID-19’s ramifications will be broad and deep (and not fully understood for years to come), the importance of how people live, work, and play together – their physical locations, distances, movements, and connections – has been heightened considerably. It is thus critical to reflect upon sustainable urbanisation issues in light of this recent and evolving experience.

The onus is now on all of us to write WUF10’s legacy – to determine whether it can truly become an important turning-point towards a more sustainable future.

Tagged with: SDGs
Explore the theme