The Camp as Archive: Refugees and ruins in Baddawi Camp

Today marks World Refugee Day, an event held annually on 20 June to raise awareness of the plight of refugees around the world and of the efforts to protect their human rights. Universities have a critical role to play in supporting displaced people, with many actively working to widen access to higher education for refugees, displaced people and other marginalised groups. Through our unique international network, the ACU strives to convene and engage the sector on this vital issue to facilitate the exchange of knowledge, ideas and best practices, which will continue to support and provide sanctuary for refugees and at-risk scholars.

In this article, Prof. Elena Fiddian-Qasmiyeh, Professor of Migration & Refugee Studies at University College London (UCL) and Yousif M. Qasmiyeh from the University of Oxford share their insights as leaders of The Camp as Archive project, highlighting how though egalitarian archiving practices, researchers can help to build a more just, inclusive, and equal future for refugees in the world today. Also illustrating the importance of giving space to the voices of those who are directly affected by displacement and conflict, the following piece contains multiple extracts from Yousif M. Qasmiyeh’s poetry and writings, who was himself born in Baddawi Camp, North Lebanon.

Thinking creatively about the relationship between colonial histories and protracted displacement is essential to build inclusive futures for over 26 million refugees living around the world today. This is because histories of conflict, violence and displacement are intimately interwoven with the present and the future. Importantly, while it is common for non-refugees to write (or speak) about the needs and rights of refugees, it is refugees themselves who find ways of responding to their own situations, and the situations of other displaced people, in conditions of structural inequality; and it is refugees themselves who create different forms of knowledge about their lives in displacement. This provides the foundation for the approach characterising our ongoing project, The Camp as Archive, as part of the Imagining Futures through (Un)Archived Pasts research programme.

Baddawi Camp was established in North Lebanon in the mid-1950s as a site of refuge for Palestinian refugees. Since then, the camp has remained on the original 1km2 plot of land leased by the Lebanese state to the UN Relief and Works Agency (UNRWA), but has expanded vertically to accommodate the original inhabitants and their families, and the tens of thousands of people who have arrived in Baddawi Camp from different conflict situations across Lebanon and further afield, including most recently from the ongoing Syrian conflict.

When we think of Baddawi Camp as ‘archive,’ we are building on Qasmiyeh’s writing on this process, as a poet and writer who was himself born in Baddawi Camp, where he spent many weeks of his childhood with his family in one of the camp’s bomb shelters discussed in this piece. In his poem, The Camp is Time, he asks: 'Who writes the camp and what is it that ought to be written in a time where the plurality of lives has traversed the place itself to become its own time.' And in Writing the Camp Archive, 'The camp is a passing human, a book, a manuscript, an archive… Bury it; smother it with its own dust, so it might return as a holy text devoid of intentions,' poignantly asserting that 'Only refugees can forever write the archive.'

Through a process of egalitarian archiving - centralising the intimate, the mundane and the personal -, the Baddawi Camp Lab is working closely with colleagues from the Baddawi Camp Cultural Club, which is a grassroots, educational and humanitarian body that runs a range of activities and programmes for and with youth in Baddawi Camp. In the coming years, the Baddawi Camp Lab will be drawing on oral histories, popular and institutional archival analysis, creative writing, and photography to examine the past, present and legacies of different types of bomb shelters in Baddawi Camp. We are particularly interested in exploring how these shelters have been transformed into places of ruination whereby pasts and presents continuously meet and diverge as they ponder their respective futures.

Throughout the 1970s, 80s and 90s (in response to frequent Israeli air raids and Palestinian, Lebanese and Syrian infighting), Baddawi Camp’s UNRWA schools had individual bomb shelters to offer refuge to camp residents living nearby. These UNRWA bomb shelters were destroyed and repurposed as the foundations of these schools during subsequent reconstructions. The schools were in turn later used, inter alia, as temporary accommodation for people displaced from Nahr el-Bared Camp in 2007 (which was razed to the ground by the Lebanese military) and for refugees from Syria since 2011.

The entrance to one of the bomb shelters in Baddawi camp, (c) E. Fiddian-Qasmiyeh

We argue that the in-built UNRWA shelters were spaces which at once confirmed that the camp and its residents (and political projects) were under actual and imminent attack, and were subsequently demolished by UNRWA as a means of both nullifying the prospect of attack and ‘neutralising’ the political situation in the camp. In turn, through their demolition, the UNRWA bomb shelters have provided the physical foundations for schools which have educated different groups of displaced children. The bomb shelters thereby continue to play a foundational role in the ‘imagined futures’ of Baddawi Camp’s youth.

During the same period, the Palestine Liberation Organisation (PLO) built and/or funded the construction of bomb shelters in the camp. Unlike the UNRWA bomb shelters, which were destroyed and used as the foundations of the schools, the PLO bomb shelters – whose keys are held by the camp’s Popular Committee – remain as ‘ghost’ sites in situ in the camp. Since it has been impossible (for political and infrastructural reasons) to demolish and redevelop these shelters, the past, present and future of these shelters remain largely unexplored to date.

This is a process that Qasmiyeh has been writing about, captured in these lines from his poem, There it is: the camp that is yet to be born:

'Can a ruin be a camp? When we dig, sooner or later, we dig the camp into the past that sees.

The thing, the thing that has no name but forever exists, is what a ruin is.'

Past, present and future connections

The area of the Upper Camp where the UNRWA schools (and hence bomb shelters) are situated, is also the neighbourhood which is home to many Palestinians of African descent, including refugees who were displaced in the 1970s from al-Nabatieh Camp in Southern Lebanon.

Black Palestinians are a particularly under-researched group of Palestinians (writ large and including in Lebanon), and our aim is to ensure that the diverse constituents of Baddawi Camp are at the forefront of our analysis.

Importantly, as Qasmiyeh argues in a recent chapter (2020) 'by inviting an act of writing from within does not necessarily imply a uni-writing which is based upon one ‘narrative’ or on a language that claims absolute entitlement to the future by virtue of having been born in/to the camp. On the contrary, it is the direct opposite of such an archival monopoly.'

Working closely with the residents of this neighbourhood will enable us to explore the multiple past, present and future connections between Baddawi Camp and diverse people and regions in Africa. This will be supplemented with a focus on tracing the role of such people and places in hosting Palestinian intellectuals and leaders in exile from the 1960s.

Through this relational lens, we will engage critically with the ways that displacement inheres other displacements by focusing on multiple and overlapping histories. It is our hope that this collaborative and creative work will enable us, together, to think critically about the different paths born from intersecting colonial histories and protracted displacements, in order to build inclusive futures for all.

In the spirit of the approach set out above, we close this piece with excerpts from Qasmiyeh’s poem, The Bomb Shelter:

The camp’s alibi for a presence susceptible to its presence

In the canon of dust, the camp deprived of its shadow is a shelter.

Only dust departs and remains at once.

The bomb shelter is one third of the camp. In the fraction, neither are not alone nor are they not together. A fractioned fraction, an escape route for stagnant intentions.

When we left the bomb shelter, our dusty faces stayed behind. Inside, is where we swapped faces in haste. 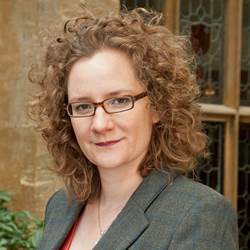 Prof. Elena Fiddian-Qasmiyeh is Professor of Migration and Refugee Studies and Co-Director of the Migration Research Unit at University College London, where she is also the Director of the Refuge in a Moving World network at the UCL-Institute of Advanced Studies. Elena is jointly leading the Baddawi Camp Lab as part of the Imagining Futures through Un/Archived Pasts AHRC Network Plus project (funded by the UK’s Arts and Humanities Research Council). She is also currently leading a number of research projects, including  Analysing South-South Humanitarian Responses to Displacement from Syria: Views from Lebanon, Jordan and Turkey (www.southernresponses.org, funded by the European Research Council), and Local Community Experiences of and Responses to Displacement from Syria (www.refugeehosts.org, funded by the UK’s Arts and Humanities Research Council). Drawing on a critical theoretical perspective, her work contributes to key debates surrounding refugees’ and local host community members’ responses to conflict-induced displacement; the nature of refugee-host-donor relations, and refugee-refugee relationality; and Southern-led humanitarian responses to forced migration. 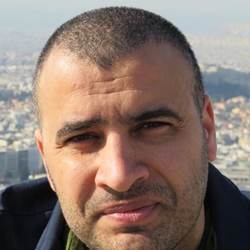 Yousif M. Qasmiyeh is jointly leading the Baddawi Camp Lab as part of the Imagining Futures through Un/Archived Pasts  AHRC Network Plus project (funded by the UK’s Arts and Humanities Research Council); he is also the Writer-in-Residence of the AHRC-funded Refugee Hosts research project, the Arabic language researcher on the Prismatic Translation strand of the OWRI-funded Creative Multilingualism project, and Creative Encounters Editor of the Migration and Society journal. Yousif is a poet and translator who is completing his DPhil research at the University of Oxford’s English Faculty. His recent publications include ‘Writing the Camp’, ‘The Camp is Time’, and ‘Writing the Camp Archive’ (all published on Refugee Hosts), ‘Writing the Camp: Death, Dying and Dialects’ (in Refugee Imaginaries: Contemporary Research Across the Humanities), ‘Writing the Camp, Writing the Camp Archive: The case of Baddawi refugee camp’ (in Refuge in a Moving World), ‘At the Feast of Asylum’ (GeoHumanities), ‘If this is my face, so be it’ (Modern Poetry in Translation) and ‘Thresholds’ (Critical Quarterly).

How Universities are sharing best practice during the COVID-19 pandemic