Reimagining the concept of a Commonwealth university 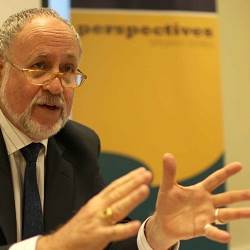 As I have been thinking about a blog for our Association of Commonwealth Universities (ACU), I got a bit stuck on the concept of commonwealth itself. If you look at definitions for the word commonwealth, you will find that they largely refer to relations between states, such as with our own use of the Commonwealth referring to former members of the British Empire. When one looks a bit further, one finds under the label 'archaic', the 14th Century origins of commonweal or commonwealth referring to the common good. The common good is the idea of sharing the bounties among people in an equal or just manner.

What would the concept of a Commonwealth university really mean if we were to refer back to the original meaning for the common good? It would support the idea of the social responsibility of universities. It would support the concept of community university engagement for another. And it would align very closely with the objectives of the United Nations Sustainable Development Goals (SDGs), wouldn't it? The preamble of the Transforming Our World statement, which introduces the SDGs, declares "We are resolved to free the human race from the tyranny of poverty and want and to heal and secure our planet. We are determined to take the bold and transformative steps which are urgently needed to shift the world onto a sustainable and resilient path". These are goals and ambitions that speak to a deeper understanding of our commonwealth, of recognition of our common place on the planet.

A true commonwealth university would share a number of characteristics. First it would be an engaged university, engaged in the way the ACU has articulated in the past: "Engagement implies strenuous, thoughtful, argumentative interaction with the non-university world in at least four spheres: setting universities' aims, purposes, and priorities; relating teaching and learning to the wider world; the back-and-forth dialogue between researchers and practitioners; and taking on wider responsibilities as neighbours and citizens" (Engagement as a Core Value for the University: A Consultation Document, ACU, 2001).

Secondly, it would be a decolonising university because it would be seeking to recover the rich bodies of knowledge that colonialism and the domination of the western canon has covered over, obscured or in other ways attempted to erase. Third, and growing out of both of the first two characteristics, it would be a place that recognises and celebrates the fact that knowledge is created in community organisations and social movements, among other places. And in this spirit, it would support the co-creation of knowledge on themes that originate in communities themselves. Fourth, a commonwealth university would be a place of action. Students in legal clinics would work on behalf of Indigenous Peoples to fight dangerous extractive industries seeking to ruin the environment. Coalitions of community groups and business school academics would support housing co-ops, community economic development, local food sales and production. The possibilities are endless.

The exciting part of reimagining the commonwealth university is that in larger and smaller ways this is a movement that is already happening. Decolonisation is on the minds of students all over the world. Contributing to the SDGs is in the minds of university leaders and government funding agencies. Examples of the co-construction of knowledge can be found in many places. And exciting actions abound. Moving towards the vision of a commonwealth university means paying less attention to university rankings for example and more to those people in your community who have been excluded historically from the common good. If we do not take passionate care of the common good, then the private good will have little meaning.

Tagged with: HE value and impact Commonwealth Peace and Reconciliation Network
Explore the theme