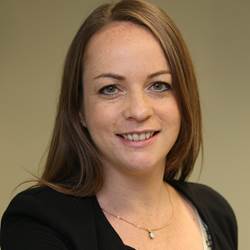 Prior to joining the ACU, Faye worked for University Alliance and Cumberland Lodge, and lectured at King's College London and the University of Nottingham where she also gained her PhD in Medieval European History.

'Education is the most powerful weapon which you can use to change the world.' These words, first spoken by Nelson Mandela, were echoed this week when the ACU's Patron, HRH The Duchess of Sussex, joined students and academics in South Africa to discuss how universities can build fairer and safer societies for all.

The roundtable discussion, hosted by the University of Johannesburg and chaired by ACU Secretary General Dr Joanna Newman, was a chance to highlight some of the major barriers to equity and access to higher education, as well as the ways in which universities are tackling these issues.

'When a woman is empowered, it changes absolutely everything'

More girls are going to university than ever before. Yet despite great progress in many countries, gender equity, gender violence, and access to quality education remains a challenge. 'To feed a village, you must empower a woman,' said Professor Tshilidzi Marwala, Vice-Chancellor of the University of Johannesburg. Her Royal Highness agreed: 'When a woman is empowered,' she said, 'it changes absolutely everything for the community', noting the need for family support, as well as that of educational institutions, to enable access to higher education.

The ingrained cultural issues that so often underpin and perpetuate inequality were high on the agenda: gender-based violence, for example, is not a series of separate incidents, but rather the result of a deeper social context – one which influences both the perpetrator and also environments that seem to sanction abusive language and behaviour. Similarly, the underrepresentation of women in STEM (science, technology, engineering and mathematics) subjects and research leadership roles must be addressed at every stage of the academic pipeline, shifting mindsets and challenging stereotypes.

Delegates explored the ways in which the ACU's far-reaching network of 500+ universities and partners can work together to scale up interventions to reduce gender-based violence, improve access and equity to higher education, inspire more girls into STEM, and support early career researchers. Four strong themes emerged, each with suggestions for practical interventions.

Communication is 'at the heart of change' and vital to breaking down perceived barriers and challenging the status quo. This could include platforms for public debate on equity and gender-based violence, but also extends to efforts to widen access to higher education, where there is a clear need to reach out to marginalised communities. The power of film and media to change attitudes and perspectives was also highlighted, with The Duchess describing film as a powerful way to 'move the needle on people's understanding of each other'.

At the start of the roundtable, The Duchess announced that three new ACU Gender Grants have been awarded to universities in South Africa, one of which will support Monica du Toit's innovative project at Stellenbosch University: unique student-designed walking tours on campus that will encourage meaningful conversations about gender issues. Meanwhile, at the University of Cape Town, the Advancing Women initiative led by Dr Sarah Fawcett aims to hold honest debates about the barriers to a career in oceanography that exist but aren't talked about.

A culture of mutual respect

Universities can and should play a role in personal development – supporting their students and staff to develop both a sense of responsibility and ownership of a culture of mutual respect. The attitudes that feed inequity are often obscured or unspoken, and violence often happens in private rather than public places, meaning individual responsibility needs to be addressed. There was consensus that a university experience is an opportunity to grow and to question the societal norms, and that every student and staff member must embrace their positive role in society and the 'ripple effect' of their actions beyond the university campus.

The importance of role models

Representation and inspiration are essential. Whether for girls choosing to study STEM degrees or young researchers considering their future careers, delegates agreed that 'we all need to see someone who looks like me'. A good place to start is by changing the face and profile of senior leaders and academics to better reflect the diversity of their students. Linda Mtwisha will use her ACU Gender Grant to change the profile of senior leaders at University of Johannesburg, encouraging black female academics to become world-renowned researchers through personal coaching, mentoring, and building a cohort of peers who can share tips and tricks with each other. Similarly, networks and social capital are crucial for encouraging more women into STEM subjects, starting with increasing the confidence of teachers at school, as well as profiling female scientists to children.

Finally, structural changes are needed to create an environment in which the current situation, born out of previous cultures and dominant mindsets, can be questioned and challenged. At the University of the Western Cape, Mary Hames aims to use her ACU Gender Grant to create a 'paradigm shift in how we look at the communities we work with'; she has identified policies that need revising and integrating, include those on maternity and paternity leave, same sex adoption, and childcare.

Others also spoke of the need for new policies – for example, a code of conduct for research fieldwork, or guidance on developing research proposals that are truly inclusive. Just as important will be normalising access to this support, in order to make sure that equity can be achieved without undue cost to those who seek it. This structural change must be owned by university leadership – 'equity can't be delegated'.

Within and beyond the university

Throughout the discussions, the wider role of universities in society was front and centre. With it came the suggestion that we should take an honest look at notions of 'excellence' and whether the focus on being the best in the world should be shifted to being the best for the world. Yet so many of those present are already deeply connected with their communities. Queen Elizabeth Commonwealth Scholar Margaret McDonald, for example, has trained up small-scale fishers as research assistants who have gone on to continue her research and implement its results. Refilwe Mofokeng, an ACU Blue Charter Fellow, is working with communities to find socially acceptable alternatives to plastic in order to reduce marine pollution. Tshiamo Legoale is working at Mintek with artisanal miners on safety and sustainability. Another Queen Elizabeth Commonwealth Scholar, Simon Kiongo, who funded his schooling in Kenya by trading cauliflower leaves, is now working with small-scale farmers to change the way they use fertilisers to reduce the amount of carcinogens entering the food and water supply. The Sustainable Development Goals can seem daunting, but young people are tackling them with an energy and attitude that refuses to be defeated.

These debates gave rise to a range of suggested interventions that the ACU – through its global network – could explore. There is great potential to learn from what works in the many projects already creating change across the Commonwealth, by sharing best practice and scaling up existing schemes. The ACU will be following up on these suggestions with its Gender Advisory Group, chaired by Prof Funmi Olonisakin at King's College London, UK. One thing is certain: international collaboration can create benefits greater than the sum of its parts. As HRH The Duchess of Sussex said when announcing newly-awarded Queen Elizabeth Commonwealth Scholarships to South Africa during the roundtable: 'What is so incredible about the Commonwealth is that it is 53 countries, all so varied but with this common wealth – with a universality that connects all of us'. We look forward to building on this in our future work.

Tagged with: South Africa SDGs Gender The Duchess of Sussex
Explore the theme

University of Nicosia signs MoU with the Association of Commonwealth Universities