#ChooseToChallenge: My experience as a female leader in Higher Education 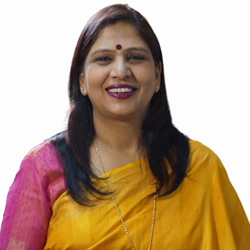 Dr Pankaj Mittal is Secretary General of the Association of Indian Universities (AIU) and Steering Committee member of the ACU HR in HE Community, a forum for all staff working in HR, from the most experienced professionals to those looking to increase, expand or develop their institution’s HR function.

Now, as a woman, I consider it my responsibility to rope in more and more women towards leadership roles in higher education institutions, so that women are in equal number in every boardroom where decisions are made.

We have just celebrated International Women’s Day on 8 March and the theme this year was 'Choose to Challenge'. I am reminded of Kathrine Switzer who chose to challenge the all-male event of the Boston Marathon in 1967 and made history by completing the race as a woman, thus paving the way for the inclusion of the Women’s Marathon in the Olympics. I am also reminded of Kamala Sohonie who was denied admission at one of the most prestigious higher education institutions in India, the Indian Institute of Science Bangalore, in 1933 by none other than Sir C V Raman, just because she was a woman. She chose to challenge and eventually became the first Indian woman to receive a PhD. in a scientific discipline in 1939. In the same way, the journey of every woman has certain moments when she has to choose to challenge to move ahead in life.

My journey of rising through the ranks to become Secretary General at the Association of Indian Universities (AIU), swimming against the tides while confronting the male-dominated world, was quite challenging and fascinating for me. My tryst with challenges began when I, at the young age of 44, was offered the post of Vice-Chancellor at the BPS Women’s University. A rural women’s university located in Haryana State in India, I had the responsibility of converting it into a professionally-managed university imparting quality and relevant education. I chose to take the challenge of moving out of my comfort zone, as my children were very young and moving out of my home was not an easy decision. I thought about 6,000 rural women in the university who were looking forward to a better future and decided to face the challenge, which ultimately resulted in the realisation of the dream of many rural illiterate parents of providing quality education to their daughters.

I feel that for women, fulfilling ambitions is fighting several wars. War with the patriarchal familial system, war with the social system and, most importantly, war with one’s own self. The gender stereotypes and biases in our societies pile on every individual as a self-fulfilling prophecy. Now, as a woman, I consider it my responsibility to rope in more and more women towards leadership roles in higher education institutions, so that women are in equal number in every boardroom where decisions are made. This is essential for creating a gender just world.

Flexibility, adaptability to new situations, determination to overcome the challenges, perseverance, passion to accomplish goals, dedication, devotion and diligence are some of the traits that I consider have been helpful to me to climb the ladder. Undeniably, every woman is endowed with these traits. Women need to use these qualities to become successful, and lead from the front.

For more than 30 years, the ACU has worked to address gender issues – such as championing women in leadership and combating sexual violence on campus – in partnership with our member universities. Discover more about the ACU’s work supporting gender equity and equality on this page.

Tagged with: Gender Access and inclusion HR in HE Community
Explore the theme

Read the latest issue of The ACU Review: Dialogues of difference