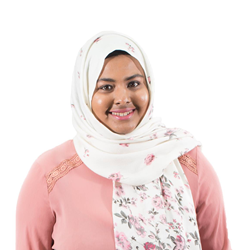 She is also the Young Labour Co-Chair for Sheffield.

Before I was nominated for the Commonwealth Futures programme, the Commonwealth itself wasn’t a forum that I was overly familiar with. I knew of the Commonwealth but that was where it ended. An email from a university staff member changed that massively. They said they had been asked to nominate a student from the university to attend the symposium and as I had previously worked with them on a project, they thought the programme would be a good fit with my interests and the work I was already doing within my students’ union. A Google search told me a little bit more about the programme, the organisations who ran it, and what their values and vision was. Nevertheless, nothing could have prepared me for the programme itself.

To say that I had never before been in a room that was as diverse in thought as it was in race, religion and cultural identity, would not be an understatement. Delegates were from across the globe; some having taken a 50-minute train from London, some others having flown hours from India, New Zealand, Canada, Nigeria. As a law student with a keen interest in politics and policy, the Commonwealth Futures symposium not only facilitated discussions, it provided young people with a space where they could create and present tangible solutions to world problems.

My group focussed on addressing the issue of migrant worker rights, particularly on making legal justice accessible to labourers who may not be as familiar with the law or have the funds to pay for legal advice. It was raised as an issue by a delegate who shared their personal experience of being an exploited labourer. Not only did this heighten the importance of the issue to us, it was a reminder of the need to persevere and continue lobbying for necessary preventative measures rather than focussing solely on remedies.

In a time where war is commonplace, inequality is global and poverty exists on our doorsteps, asking young people to create and present solutions that are then shelved for another day can create a great deal frustration and apathy. Your work, time and energy can seem futile. What was refreshing about this programme was that young people were not only given the space and the tools to develop policy, programmes, or other tangible solutions; they were also given the opportunity to present them to those with the power to implement them and impact the lives of millions. High Commissioners, senior advisors, and heads of organisations with considerable power and influence not only listened to what was being said, they did not leave the room before making a commitment to take these solutions forward. To me, this was revolutionary.

Don’t get me wrong. We were under no illusion that a group of students from across the Commonwealth could solve all the problems faced by Commonwealth countries within those three days. The disparity of economics, national health and technological advancement within the Commonwealth is large, before taking into account the cultural diversity within it. None of us believed we could come up with the one magic answer to end all problems. We did, however, all believe in the power of the collective, in demanding for better for our sake and for the sake of those who weren’t in that room, and holding to account those who were appointed to act in our best interests. The programme widened my world view and showed me the scope to create change outside of my current organising circles. This is something I have taken into my job, where I support young people to organise social action projects and campaigns in their own communities.

To sum up the experience, I would not be doing it justice to describe it as anything other than life-changing and awe-inspiring. I had always thought of the Commonwealth as a legacy of empire, not as a mechanism for addressing inequality or a platform for supporting other countries. I would recommend any student from a Commonwealth country to attend the programme if possible.

The inaugural Commonwealth Futures workshop took place at Cumberland Lodge, UK, in December 2019, bringing together more than 60 student and youth leaders to shape policy dialogue ahead of this year's Commonwealth Heads of Government Meeting (CHOGM) in Rwanda.