A closer look at child trafficking in Africa: The case of Victoria Climbié 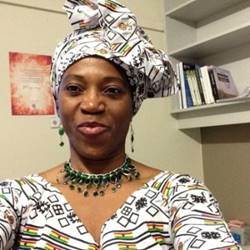 Dr Fynn Bruey is an award-winning scholar with an extensive interdisciplinary educational background. She is a Module Convenor at the University of London’s School of Advanced Study, the Director of Flowers School of Global Health Science, a faculty affiliate at Seattle University School of Law, and a research affiliate with the University of London’s Refugee Law Initiative. She is the Founder and Editor-in-Chief of the Journal of Internal Displacement; the co-Founder and Executive Director of Tuki-Tumarankeh; the Founder of the Law and Society's Collaborative Research Network CRN 11: “Displaced Peoples”; and the Founder of the Voice of West African Refugees (VOWAR), located at the Buduburam Refugee settlement in Ghana. Veronica is a born and bred Liberian war survivor.​

ACU Summer School unites students from every corner of the Commonwealth to discuss multidisciplinary issues of global importance.  In 2020 delegates from across the Commonwealth came together to examine themes linked to migration, including: climate change, youth labour market participation, social media, health, and intergovernmental partnerships.

ACU Summer School 2020 speaker, Dr Veronica Fynn Bruey writes for us on the topic of gender, migration and marginalised communities.

Humans have always moved across the face of the earth to ensure survival and sustain life. However, the rates at which the current generation is migrating increasingly marginalises many communities based on their age, sex, gender, and geopolitical location.

Measuring the scale of clandestine global trafficking in persons (TIP) is impossible to estimate.

‘On any given day in 2016, 40 million people were victims of modern slavery, 71 per cent of whom are girls and women.’

The Counter-Trafficking Data Collaborative reports 108,613 individual cases of trafficking between 2017 and 2020. The United States Department of State’s (USDoS) Trafficking in Person Report (2020) estimated a total of  105,787 survivors in 2019 globally. Despite the rising trend in reporting on TIP, the USDoS states that only nine percent and eleven percent of cases resulted in convictions and prosecutions.

While sexual exploitation and abuse (SEA) of females continue to be the most explicit forms of trafficking, forced labour is the most commonly detected form in sub-Saharan Africa. Trafficking of children for forced labour is one of the worse and most prevalent form of modern-day slavery on the continent. For example, on 25 April 2019, Interpol rescued 157 children in west Africa, bound for sex and labour trafficking. On 21 January 2020, the Ivorian authorities rescued 137 children destined to be trafficked as child labourers and sex workers.

As with other types of gender-based violence, girls and women are disproportionately targets for TIP. Against this backdrop, this article focuses on the trafficking of the African girl child as a vulnerable migrant. To understand the causes, impact, consequences, and challenges of child trafficking in Africa, we must first look at definitions of TIP, intersectionality, and gender as key concepts. 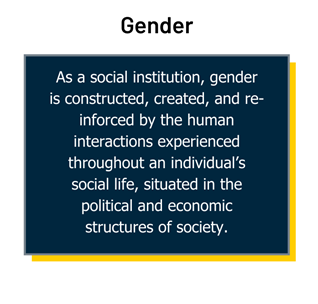 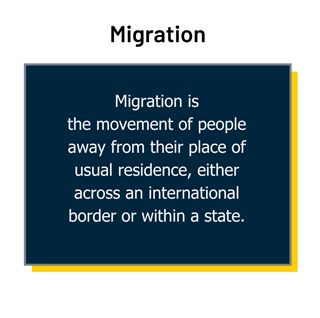 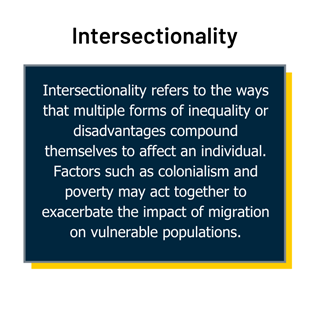 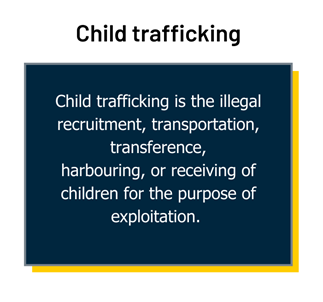 The multiple definitions and conceptual understandings of trafficking make it a slippery concept. Identifying the complex transactions of modern-day slavery is made difficult by the lack of a single definition, coupled with its clandestine nature. The United Nations Convention against Transnational Organized Crime (Palermo Protocol; 2000) defines TIP as:

‘the recruitment, transportation, transfer, harbouring or receipt of persons, by means of the threat or use of force or other forms of coercion, of abduction, of fraud, of deception, of the abuse of power or of a position of vulnerability or of the giving or receiving of payments or benefits to achieve the consent of a person having control over another person, for the purpose of exploitation.’

There are several reasons to explain the high incidence of child trafficking in Africa. However, the concepts of internationality and the multiplier effect encompass the multidimensionality, complexity, enormity, and persistence of the illegal trade. Failure to consider the totality of these two concepts makes the ongoing challenge of modern-day slavery impossible to address.

Child trafficking in west Africa gained global attention in 2001 when the Entireno, carrying 43 trafficked children, was reported missing after Gabonese authorities refused docking of the boat.

In 2004, UNICEF reported that children between the ages of 12 and 16 are the main victims of human trafficking across Africa. Since 2001, the supply of children as vulnerable targets with little protection to meet the high demand for cheap labour has increased exponentially. Traffickers thrive on push factors (e.g., poverty and political instability) to pull potential victims into a promise of hope to have a decent job, access to education, and a better future (pull factors).

The inability of states to arrest, prosecute, convict, and punish perpetrators of human trafficking, leaves the trauma of TIP to linger indefinitely. The long-term consequences of TIP on Africa result in socio-economic loss; increased organised crimes; brain-drain and brain waste; and subversion of the rule of law.

Even though certain local practices have semblance to child trafficking, they are not categorised as TIP but rather a case of abuse and neglect. A case in point is that of Victoria Climbié’s. In November 1998, Victoria Adjo Climbié, an eight-year-old from Ivory Coast, was brought to the United Kingdom by her Auntie, Marie Thérèse Kouao. Kouao used her position of power to coerce Climbié’s parents into thinking that she would send Climbié to school, and therefore rid them of poverty. Between 1999 and 2001, Climbié endured torture and abuse at the hands of Kouao  and died on 25 February 2001. Although Kouao was sentenced to life imprisonment (not for trafficking), the loss to Climbié’s parents is irreparable.

Child-trafficking is a complex conundrum that cannot be fully examined in this article. Driving and contributing to conversations about TIP is integral to building awareness of what is such a widespread issue. As it continues to affect many vulnerable, marginalised communities around the world, educating young people and creating spaces to devise solutions and interventions is vital. An attempt to prevent and suppress trafficking should:

As a mentor and speaker during ACU Summer School 2020 The migration generation? Climate, youth, and refugees, it was invaluable to not only meet students from around the world but help support the passion for humane migration. I particularly enjoyed working with the students on exploring ideas to draft a paper on an assigned migration topic during the Summer School.

Universities in a changing world: Sharing best practice from across the Commonwealth