Fiji is an island nation of unparalleled natural beauty. However, its pristine coastal ecosystems are increasingly threatened by accumulating waste and marine pollution, and young researchers find themselves at the front line of the battle to protect life under water.

Rufino Varea is one of them. An alumnus of the ACU Blue Charter Fellowships Programme, Rufino is currently pursuing his PhD at the region's University of the South Pacific, with a study on pollution and the health of ocean species. But unlike other researchers, he faces a unique challenge: his research is trailblazing in a region where little has been previously studied on marine pollution.

"Micro-plastics is an emerging issue and there’s very little we know about it,” Rufino notes. Despite the urgency of the problem, there are currently only a handful of peer-reviewed articles on marine plastic debris across Pacific Island nations. Rufino believes that his Blue Charter fellowship, which allowed him to travel to the University of Adelaide in Australia to undertake a three-month collaborative research project, played a key role in helping him build the knowledge, research capacity and communication skills to begin filling these research gaps.

One of the major turning points in his career came shortly after his return home to Fiji, when he was invited to present his Blue Charter research alongside fellow alumnus Ms Nina Wootton at a public session attended by a large audience including government officials, policymakers and regional agencies. The power of Rufino and Nina’s combined insights left a lasting impression on the public, and the national media exposure propelled Rufino forward on a journey to connect science with practitioners.

“After the seminar, everyone wanted to know about the work we did,” Rufino recalls, “and we had a number of people saying they would like to support the research one way or another. I think the Fellowship really helped me bring together the knowledge and experience for this, and that is a big achievement I’m proud of.”

Rufino subsequently presented at other public occasions, participated in news media interviews and podcast and contributed in various projects delivered by government departments and local CSOs to tackle marine pollution. He also served as a marine pollution academic advisor to the National Taskforce on Glofouling, where he gained experience working with policy, government and stakeholders.

Today, Rufino embeds his research within communities who depend on marine resources and regularly visits them to listen to people’s stories about the changing ocean. “When the government plans to utilise a land or sea area,” Rufino notes, “local communities must be made fully aware of the potential changes and understand how to negotiate so they aren’t affected during or after the development.” In a place where people and ocean are inextricably connected, Rufino weaves the voices of the communities into his work. He focuses particularly on gendered differences in resource dependency, and how increased pollution and waste may render rural women particularly vulnerable. He has been receiving very positive responses, with affected groups urging him to continue this work.

“Being in the city, you don’t really think about issues like this,” he explains, “but it’s important to understand how different groups utilise marine resources and the significance of the ocean – not only in terms of livelihoods but for Fijian culture as well, and the growing challenges coastal communities face.” 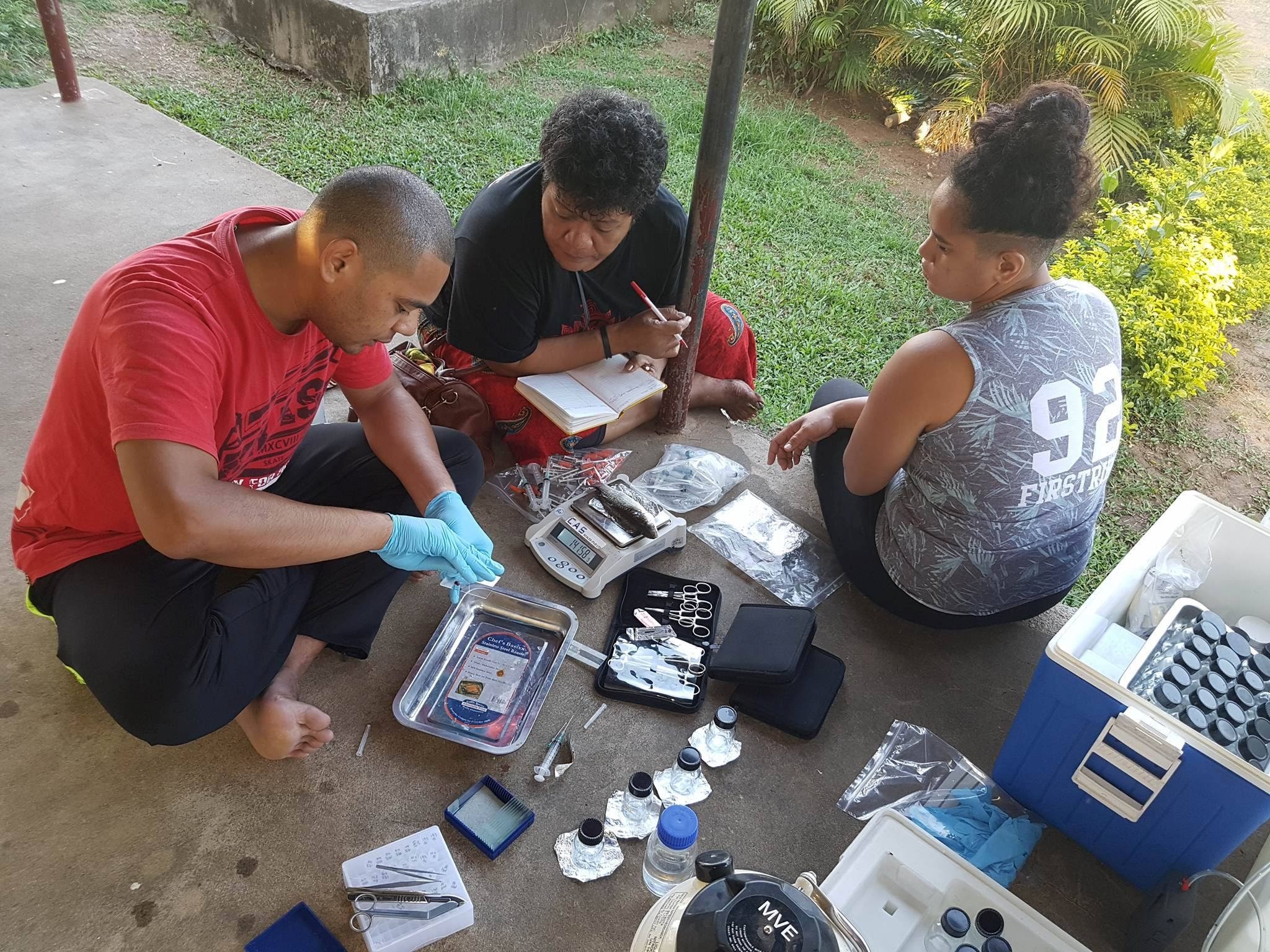 The ocean is changing, but so are Fijians’ understanding and will to protect it. Rufino wants to transform the landscape of ocean research and policy and support local action for the Sustainable Development Goals, beginning at his home university where he is one of the only aspiring ecotoxicologists. “I would like to develop the marine pollution programme here at USP and expand it to bring in other students. It’s something that has been neglected, but it is so important,” he reflects. “It is our hope that while Pacific countries move towards a blue economy, our research can provide avenues or capacities they can use to develop and strengthen negotiations. I think the future for marine pollution research in Fiji is big, and I would like to contribute to that development in any way I can."

Moving forward, Rufino will continue to raise his voice and those of others. Through research, he hopes to influence how people treat our oceans – and he has shown us that change is not only possible, but so often begins with the individual.